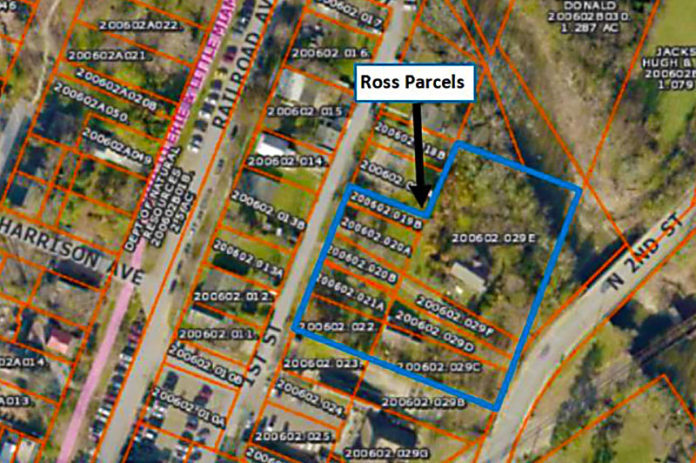 Loveland, Ohio – City Manager Dave Kennedy said in a memo to Council on May 28, “This memorandum accompanies two ordinances. The first ordinance authorizes the execution of a purchase agreement for 1.15406 acres of land on First Street for

the purposes of improving parking and vehicular access into the downtown district. The second ordinance presents needed appropriation revisions to accommodate the purchase.” The purchase price is $550,000.

The agreement includes a five-thousand-dollar deposit which will be applied to the purchase price at the time of closing. The agreement also includes an inspection period of ninety days, with the right for one thirty day extension.

During the inspection period, the City shall take necessary due diligence, including but not limited to engineering, phase 1 environmental assessment and a geotechnical evaluation. If it is determined during the inspection period that the property will not meet the desired needs, the City shall have the right to terminate this Agreement for any reason or no reason on or before the last date of the Inspection Period by providing written notice to Seller of its desire to terminate the Agreement. If the agreement is terminated, the aforementioned deposit is returned to the City.

Council declared an emergency and voted 6-0 to authorize the City Manager to sign the agreement. Councilwoman Angie Settell did not attend the meeting.

Kennedy also said in the memo that the need for expansion of parking and improved vehicular access in the City’s downtown district is well documented and referenced in multiple plans and studies. He said the property could provide access into the Historic District from Route 48.

The property includes eleven parcels contiguous to First Street to the west and Second Street/State Route 48 to the east. The parcels are currently owned by Peter and Matthew Ross.

During discussions, the City Manager said that some of the proposed uses for the property are a new municipal building, a surface parking lot, a two-level parking garage, a parking garage with a new city hall on the top floor.

Kennedy also told Loveland Magazine on Friday that a closing would not occur until the City takes the necessary steps during the inspection period, known as the due diligence period, and the various studies and engineering considerations are satisfactory to the City. “If issues arise which would deter from the future use of the property, the City can choose not to move forward with purchasing the property and the earnest money would be returned to the City,” Kennedy said.

Resident Todd Osborne addressed Council in open forum and said he applauds the current Council members for the proposed purchase. He mentioned that the purchase can probably provide Warren County residents coming to Loveland an alternative when traffic lights fail.

Shanda Gentry also told Council she supported the purchase saying she had talked to Warren County residents who were excited they might be able to enter the downtown by by avoiding West Loveland Avenue.

Resident Corry O’Donnell said that he was not against a new parking lot but did have some questions. “I want to make myself and other taxpayers comfortable about spending this kind of money.” One question he asked was, “If the Linda Cox parking lot was not used for the Loveland Farmers Market, would there be a need for this new parking lot.” Mayor Kathy Bailey responded by telling O’Donnell that the market was only open one day during the week when the downtown was not crowded. “I don’t have any question there would be a need.”

O’Donnell also asked how many parking spaces the new lot would provide. City Manager Kennedy responded that he has only had preliminary discussions with an engineer but it would be 130-160, or more. Kennedy also said he has no estimate for O’Donnell as to the cost of any future construction on the site.

Read: Ordinance to make revisions to appropriations for expenditures for the City of Loveland, State of Ohio, during the fiscal year ending December 31, 2019