Loveland, Ohio – It was a jaw dropping and eye-rolling allegation directed at a Loveland business and any, one, of their 75 employees when Councilwoman Pam Gross said from the council table on April 11, “There was a truck, for lack of a better word, that was kinda lurking in the parking lot.” She said she had just left the previous council meeting, heading to her car, when a truck seemed suspicious because it, “Kept stopping and slowing, and stopping and slowing.” Gross said it returned after a trip around the block. Gross identified a company name on the truck, and called out a resident who had just spoken at the public podium. She wanted the resident to identify who was driving the truck. The resident works for the company Gross made the allegation about and had also spoken at that previous council meeting.

Cries from the audience were of disbelief and became hostile, “Excuse me – are you kidding”  and “Oh my God.”

Mayor Mark Fitzgerald pounded his gavel telling the audience, You’re out of order, you’re out of order. Cease. You’ll be asked to leave.” He quieted the crowd, but not his council colleague.

The resident, who Loveland Magazine is not naming, went to work the next day and reported the allegation to the company owner. It was discovered, “The “lurking” pick up Ms. Gross referred to at our city council meeting last night, was a salesman leaving after a long day at work and dinner at Paxton’s. One Irish Coffee and an appetizer.”

Gross said that she wasn’t accusing the resident of anything, but wanted him to identify the driver. This was her clarification after she began her allegation by saying to the resident, “There is something on my mind that is directly related to you.”

When Gross said she wasn’t accusing the resident of anything, someone shouted from the audience, “Yes you did. Yes you did.”

This LOVELAND MAGAZINE TV video has portions blurred and some audio deliberately distorted so neither the resident, co-workers, or the local business would be harmed by the allegation.

The Local Newspaper that has the MOST “LOVELAND” news!

Member of the Ohio Newspaper Association

Will you CHIP IN today to keep your local newspaper strong?

It’s easy, painless,and you can choose​ your level of support using a credit card or PayPal. 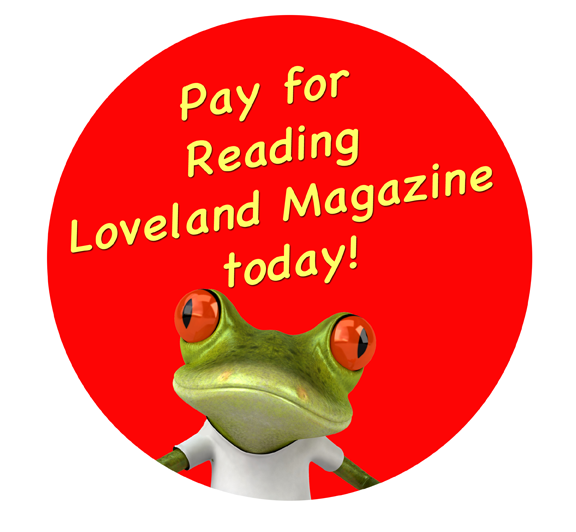 A Look at Last Week’s LHS Sports and What’s to Come...

Drone video of The Loveland Castle – Like you’ve never seen...