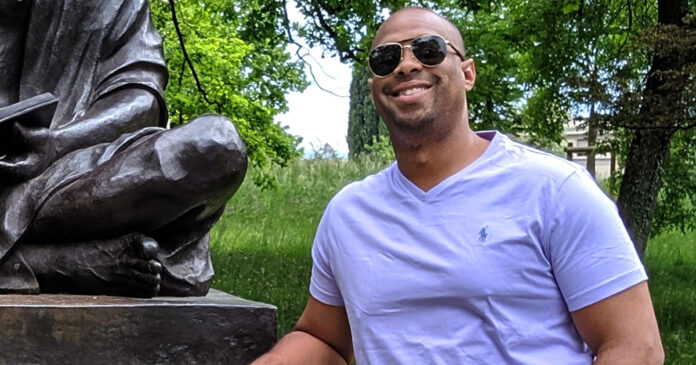 Hello Loveland friends – I really hope if you read this first sentence and find the time to read these next several paragraphs. It’s lengthy but I think it’s important.

Since graduating from Loveland High School in 1998, Eric Armstrong obtained degrees in Chemical Engineering and Spanish from Purdue University. When not working in technical sales; he enjoys traveling the world in his free time.

Systemic racial inequality, prejudice, ‘White Privilege’, are tough topics, powerful words. I imagine white people; are uncomfortable when they hear them, feel defensive when directed towards them, and I think most importantly are confused about what to do about them.

You see racists are easy to identify and label, they wear hoods, yell slurs, and burn crosses. Racists don’t hide their disdain, they’re proud of it, and most importantly I imagine 90% of White Americans can say unequivocally “I’m not a racist, that’s not me!” “My family raised us to…”, “I have very close ____ friends.” etc…

Other words, however, are harder to define

The other words however are harder to define; they are subtle, woven into our nation’s very fabric, everyday behavior, and actions. Unfortunately, our country was built and founded on them. In their most basic forms, even Black Americans can struggle to explain them, it’s often an uneasy feeling or a story, the way you were treated. It’s some simple task that Black Americans worry about that would never cross the mind of a white person.

A profound ignorance exists in education

Moreover, IF you as a White American can comprehend the definitions and give examples of these words, then you’d realize 100% of White Americans have existed/participated/enabled them. That’s honestly what is at the core of everything happening today. A profound ignorance exists and the cure is education, open dialogue, and a paradigm shift in how we respond.

I personally haven’t said much about what’s happened recently about the rash of killings locally here in Indianapolis or across the country. I’ve admittedly deflected and given short PC answers. There are two reasons and they are shared by many Black Americans;

1) It reopens painful feelings and emotional wounds, and if you’re a Black American who has existed as I have (fairly comfortably) it’s a jarring reminder of what could happen to you and your friends, family, and colleagues.

2) It’s exhausting. If you know me, I enjoy talking and pushing the boundaries of comfort on many topics. I don’t shy away from talking about race if engaged and I try to keep the conversation light so I’m approachable and those who truly want to understand, learn and change have a safe place to do so. However, for every one of those interactions, there are 20 other conversations, comments, posts, when White American dismiss Black Americans’ experiences as “one-off occurrences” or say “why do you make everything about race. It isn’t always about race.” Or “Well if “______Black American” wasn’t doing _____, _____ wouldn’t have happened.”

Something different is happening now

So admittedly, lazily, embarrassingly, I felt like this latest response was going to be the US status quo. People get fake mad, they post “Black Lives Matter” and are upset for a while, some Black Americans protest and march, then in a couple months things/people go back to ‘normal’.

But I decided to write this because something different is happening. White Americans are out marching too, they’re verbalizing the issues and not just repeating buzz words. Most importantly they’re engaging us. They’re messaging me, texting me and asking me to have conversations. They’re asking me what those confusing words mean to ME, asking what my experience has been.

A business colleague who I consider a friend sent me this;

“Weird non-work related question. Would you be interested in coming to our house for dinner in the next two weeks? No need to answer tonight. The bigger human conversation is that our kids need to meet people who don’t look like them.”

Maybe it WILL be different this time…

Because if everyone wants to know how we “fix things” how we “make it better”. That’s it in a nutshell. White Americans must willingly have a lot of introspection, ask questions of themselves and Black Americans, and state the following:

“I acknowledge that though I’m not a racist; I’m ignorant, uninformed, and contributing to prejudice, systemic racism, and white privilege with my inactivity. My posts and words are NOT enough.”

How do you know you are contributing to this climate?

What are the questions? How do you know you are contributing to this climate?

If as a White American you’ve ever posted or said, “Skin color doesn’t matter to me.” or “I don’t see race.” Unless you are actually visually impaired; you’re saying (whether you intend to) I’m not recognizing that because your skin is brown, your experience in this world has been markedly different than mine.

It must be acknowledged that race is a factor, a variable in a human’s life experience and reactions, questions, interactions, must be adjusted.

Change your language to take that into account, instead say, “I actively try not to let my inherent biases and ignorances negatively impact how I interact with Black Americans.” SEE COLOR, VALUE DIFFERENCES.

If as a White American you’ve called something ‘ghetto’ or used the word as an adjective to associate things with Black Americans. I compare it with how people use the word ‘gay’ to describe something they dislike.

How about these? You have many black friends and co-workers… right? Have you been to their homes or invited them to yours? Do you vacation with them? Have these conversations with them?

It may not be how you treat those Black American friends and colleagues. How do you interact with the Black Americans who are strangers? Do you strike up conversations? Do you avoid sitting by them, cross the street, wait for the next elevator…?

I have seen a lot of this world and our country and I’ve been invited into the homes of strangers internationally and never to the homes of some of my ‘friends’ here in the US.

My Christian friends; do you attend diverse church services? What does your congregation look like? God valued/preaches inclusion and diversity but why is the church segregated?

You have to ask why is that?

If you asked your kids who are three Black Americans they know? Are they all celebrities/athletes? Do you go to businesses, concerts, read books, and see movies by Black Americans? You have to ask why is that? Who/what experiences are you exposing yourself and family to or limiting them from becoming educated about?

Again, the racist people are not the problem. We know where they stand and what they believe. It’s the tolerant White Americans, the ones that have casually existed with Black Americans. I call it arms length prejudice. You have been fine with Black people having equal rights as long as it doesn’t change your world, come into your neighborhood, school, or church. As long as it doesn’t date your sons and daughters.

Have you been social distancing from Black Americans?

Have you been social distancing from Black Americans? You have to ask yourself have you been perpetuating that arm’s length distance whether subconsciously or consciously? Do you want things to change? Do you really care about the Black friend(s) or those Black strangers that you post black squares and Black lives matter hashtags about? It’s going to take more than posts and rhetoric. If you care about Black Americans but stand by while prejudiced comments are being spoken or ‘posted’ then it won’t change.

If it’s tolerated by our leaders and business owners as them just “speaking their mind” or “telling it how it is” then you are supporting their harmful rhetoric.

Many of you are currently raising the young humans who will determine how Black Americans are treated in the next 20 to 40 years and beyond. If you change their experiences and relationships with Black Americans you will change the behaviors and outcomes. Posts, black squares, and words are fantastic; education, action, and follow up are better.

Marching and demonstrating serves only to keep the issue in front of people’s minds. The actual work is done right here with us having the conversations and listening. Calling people out, calling yourself out. A lot of people want to be healthy, but don’t want to exercise. I see the same behavior with race. A lot of White Americans want the conversations about race to stop, for the problems to go away, but they don’t want to do the hard work to get us there.

A lot of people want to be healthy, but don’t want to exercise.

It’s time for these conversations. For White Americans to ask your friends of color about the first time they were called the n-word or were pulled over/followed for no reason?

These conversations that must be had between Blacks and Whites are going to be uncomfortable they’re going bring upon Whites feelings of guilt and shame and often times Blacks may be embarrassed or angry, not at you, about their struggle; but it’s an important step in healing and understanding.

Lastly, both Blacks and Whites must understand that changing a behavior takes a long time. Some people estimate it takes 10,000 hours of doing a task to master it. How many hours have you and your children spent discussing, interacting, and educating yourself about Black Americans? Black Americans, how many conversations have you opened yourself up to with White Americans? This is not going to happen overnight…but the conversations can start today.

I LOVE YOU ALL & GOD BLESS

Say their names: voices from the George Floyd protest

Desmon Gault after peace walk grows to 200: “The POWER of… 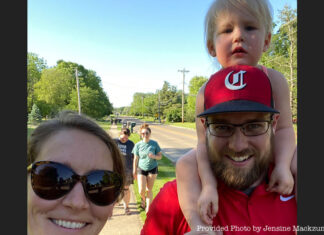 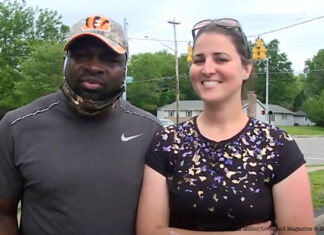 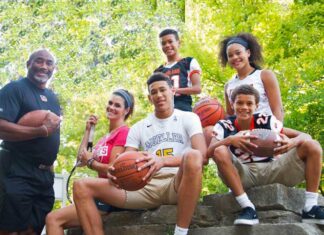 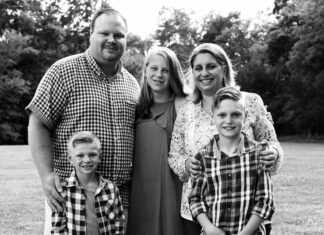