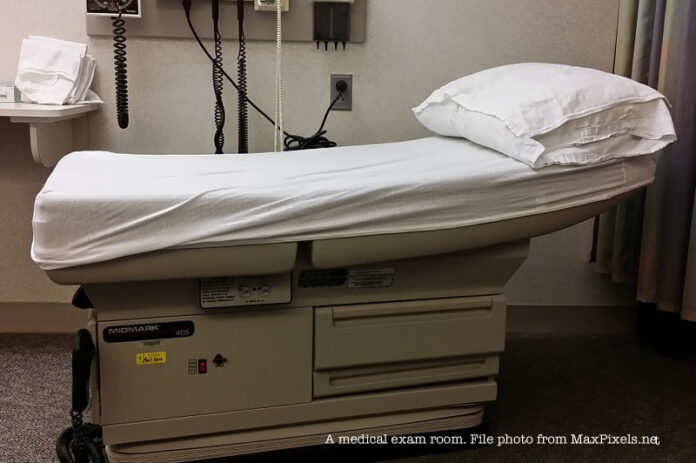 By Susan Tebben and the Ohio Capital Journal

The House passed a bill on Thursday to require abortion providers to bury or cremate fetal remains, despite arguments from religious groups and health clinics in the state.

State representatives passed the bill on a 60 to 35 vote along party lines.

The bill passed out of the House Civil Justice Committee the same day where members of state right-to-life groups acknowledged existing law regarding disposal of fetal remains, but said Senate Bill 27 was needed to further specify the role of abortion providers.

“Current Ohio law requires the humane disposition of fetal remains but it is vague and open to interpretation,” said Meg DeBlase, of Right to Life of Greater Cincinnati.

Opponents to the bill noted that the bill requires the burial or cremation of fetal remains from surgical abortions, but leaves out those from medication abortions, stillborns, miscarriages, and embryos from fertility clinics.

Several opponents to the bill held a press conference Thursday morning because they felt due to the pandemic it was unsafe to testify at the Ohio Statehouse. During the press conference, members of clinics who provide abortions and abortion access advocacy groups said the bill had little to do with the need for burial services, and more to do with closing abortion clinics by creating another cost for them.

Chrisse France, of Pre-Term Cleveland, said the law “does not serve any public health interest,” and places the legislature as a faith advisor and doctor, rather than lawmaking body. According to Lauren Blauvelt-Copeland, of Planned Parenthood of Ohio, the laws already made in the state cover what Senate Bill 27 does.

“There are already laws in place that require safe medical tissue disposal and Planned Parenthood and other providers follow them,” Blauvelt-Copeland said.

“That leaves me to believe that we are okay with women dying during childbirth or after, and babies dying within one year of their life,” Crawley said. “I do not hear the same passion for these women and infants who are dying.”

State Rep. Candice Keller, R-Middletown, one of the authors of the the total ban on abortion in the state which is currently being fought in court, stood in support of the bill, saying the abortion “industry” should take up the cost of disposing of the fetal remains.

She also accused a Democratic legislator, state Rep. and physician, Beth Liston, D-Dublin, of “age discrimination” for arguing that fetal remains at a certain point are about the size of a grain of rice, and therefore “untenable” to dispose of in a burial or cremation.

“This industry can afford to bury these babies, and they deserve it, and their mothers deserve it,” Keller said.

The bill now moves to the governor for a signature, and with a pattern of support for anti-abortion measures, Gov. Mike DeWine is expected to support the bill.

Susan Tebben is an award-winning journalist with a decade of experience covering Ohio news, including courts and crime, Appalachian social issues, government, education, diversity and culture. She has worked for The Newark Advocate, The Glasgow Daily Times, The Athens Messenger, and WOUB Public Media. She has also had work featured on National Public Radio.