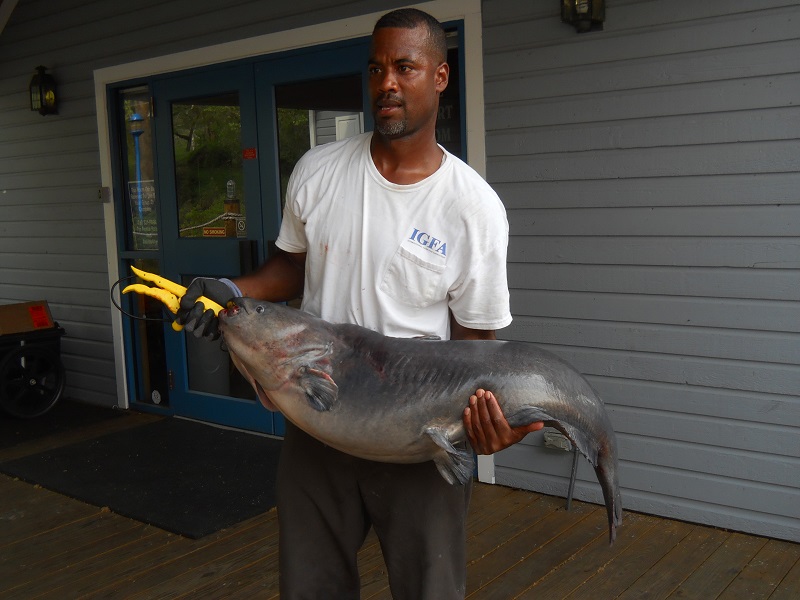 Symme’s Township, Ohio – On May 8, Mark Davis weighed in a 53-pound blue catfish. That morning, Davis came into the Lake Isabella boathouse, purchased his ticket, entered the contest for an extra $3 and then was out on a boat for the majority of the day. Upon his return later that afternoon, he said that it was a good day for him – he was able to catch seven catfish and there were also two or three big ones that got away. Davis had three fish in his basket to be weighed: one at 13 pounds, another at 32 pounds and his prize-winning fish totaling a whopping 53 pounds!

For the first week of the Colossal Fish Contest there were 23 entries, which equates to a Week 1 prize certificate worth $55.20.