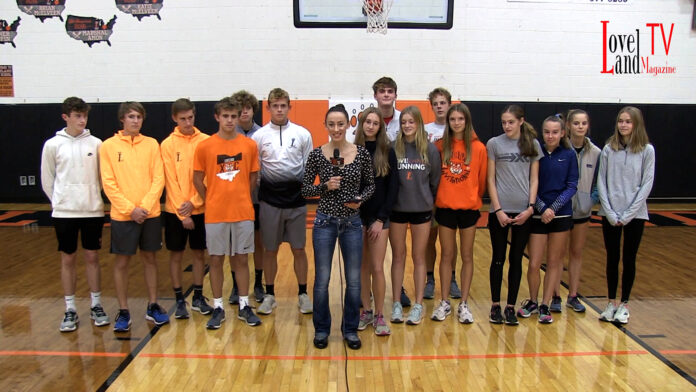 In addition to being the 2021-2021 Eastern Cincinnati Conference (ECC) Champs, last Saturday at Troy High School the LHS Women’s Cross Country Team captured the Ohio High School Athletic Association (OHSAA) Division 1 Regional Title with a score of 69 for the first time ever in Tiger history. This qualified the entire team to compete in the OHSAA State Division 1 Women’s Championship set to go down this Saturday at Fortress Obetz and Memorial Park at 3 PM. This will be the Women’s 3rd trip to State as a team since the conception of the cross country program (2007, 2019, and 2021).

Senior Jesse Gibbins took the top time at Regionals for the Tigers placing 4th with a time of 19:15.7. To see the official results from the OHSAA Regional Division 1 Women’s 5k click here.

Earlier this season the LHS Women’s Cross Country Team broke another school record at the Loveland Sunset Invitational having 5 women in the same race run under 19 minutes! That race and the OHSAA District Division 1 Women’s 5k put 5 Tigers in the top 8 in the ECC for their individual 5k times.

The Women’s Team is still currently sitting in the top spot in the State of Ohio according to the Ohio Association of Track and Cross Country Coaches (OATCCC) poll.

Senior Ryan Chevalier was the top finisher for the Tigers at the Regional Tournament race finishing in 15th place with a time of 17:12.8. To see the official results from the OHSAA Regional Division 1 Men’s 5k click here.

After all of the impressive running by the Men, 4 Tigers are in the top 9 in the ECC for their individual 5k times.

The Men’s Cross Country Team is in 7th place in the State of Ohio per the OATCCC poll.

Before both Tiger teams head off to Fortress Obetz on Saturday in Columbus for the OHSAA Division 1 State Cross Country Championships, here at Loveland Magazine we decided to take a trip to LHS to chat with both history-changing teams! We are so proud of both teams and thought it was necessary to showcase all their accomplishments to the community so that we could all root them on before the big race!

Introducing the LHS Women’s and Men’s Cross Country Team, brought to you by Loveland Magazine TV! Click below to watch the exclusive interview now!

Both the Women’s and Men’s Cross Country Teams will be celebrated tomorrow at 10:35 AM at LHS! The High School asks that you have your class step into the hallway, outside of your classroom for the send-off parade. The Cross Country athletes, coaches, and the drumline will come to every floor beginning promptly at 10:35 AM.

For more of your latest local sports updates stay tuned to the Loveland Salad With ME, Cassie Mattia!

Columnist Cassie Mattia is a resident of Historic Downtown Loveland. She is the Co-Owner, Associate Editor, and Director of Marketing of Loveland Magazine. Contact Cassie if you are interested in promoting your event or business in Loveland Magazine. Cassie also Emcee’s events so feel free to reach out if you are in need of an Emcee for your next event, fundraiser, or sports-related competition.