Loveland came in first in the ECC for baseball, with an 11-3 conference win/loss and a record of 21-8 overall. The team narrowly bested their nearest conference rival, Anderson, by one win. “The season went great. It was really good to win the ECC, and I had a pretty good year. It was really fun just being around all the guys all year,” baseball player and graduate, Luke Wadell explained.

Loveland Womens Lacrosse also won the conference with a strong 5-0 season, besting Turpin by one win. The team had an objectively successful overall 15-2 season. “The top two obvious standout players were Katie McElveen and Taylor Fox. They both broke records–I know Taylor broke her own record of saves […] The other player that was kind of an underdog was Morgan Naber. She came out and really just killed it this season and started taking the draw. She did incredibly well and will do exceptionally well next year, and I think will be one of the leaders of the team next season,” graduate and Womens Lacrosse player, Karlin Holley said.

“State went well. It didn’t go as planned, but just to make it there was a blessing. Being a runner-up is still a great achievement– it’s just sad it was my last time going [to Columbus] to race,” explained Mens track athlete Zion Wynn. Wynn consistently ranked top in races throughout the spring season. Zion Wynn came in first in the 100m dash at regionals, first in the 400m and first for the 200m. Wynn came in first place in all three of his regional races.

On June 3rd, Zion Wynn, Ally Kleunder and Kennedy Bontrager represented Loveland at State. Wynn came in 3rd place in the 200m and 2nd in the 400m. Kennedy Bontrager came in 13th for Shotput. Ally Kluender placed 7th in discus.

We are so PROUD of our Kennedy Bontrager placing 13th overall here in the DI Girls STATE Shot Put. Thank You…Go Tigers! pic.twitter.com/UWk5k1jy3L

Wynn and Kluender were unable to attend graduation, as they were competing at state. Both receieved their diploma on the podium at the state competition.

“The season was good. It took a while to get the pieces together, but we finally did which helped us win the ECC. With the team being young, I believe we can win it again next year,” Zion Wynn claimed.

Mens lacrosse ended tied for first in the conference with Kings and Milford. All three had a 4-1 record for the conference season. Overall, Loveland ended with 13-6 win/loss for the season.

Mens tennis also saw success, tying with Walnut Hills for second in the ECC. Both ended with a 4-2 record.

Other athletes saw considerable success this season, too. Softball player, Maggie Bailey broke the school home-run record early in the season and continued to excel.

“I felt that my season went well, especially returning from an injury. I did break the record for career home runs and home runs in a single season, as well as some others last year, like batting and slugging percentage for a season. I had a goal to bat above .400 and to contribute to my team both at and behind the plate and I believed I achieved both of those,” Maggie Bailey explained.

Loveland softball came in 5th in the ECC, with 5 wins and 9 losses. Overall, Loveland ended with 10 wins and 12 losses.

“We did alright. We had a really young team so there were areas that needed some improvement, but I’m very confident that the underclassmen will continue to grow like I watched them do throughout the season,” Bailey finished. 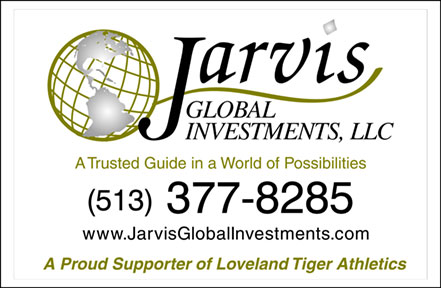