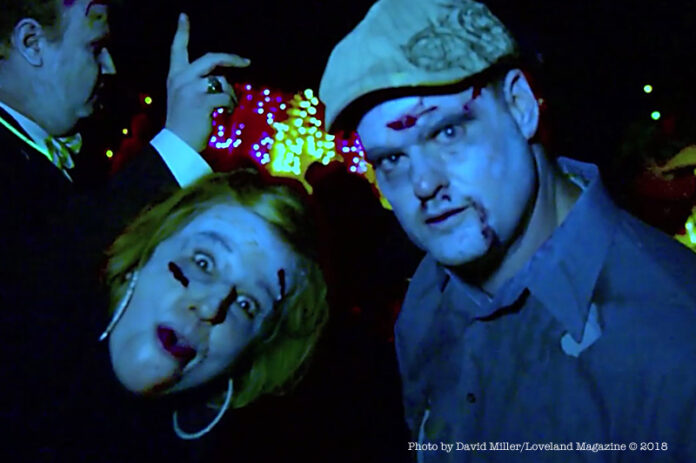 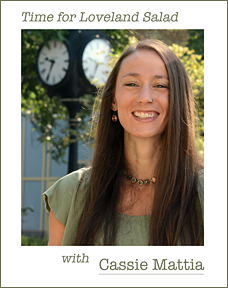 Loveland, Ohio – With Fall officially in the air it’s hard not to start thinking about carving pumpkins, the beautiful leaves changing colors, enjoying a delicious caramel apple, or tuning in to your FAVORITE Halloween movie! For as long as I can remember I have enjoyed watching scary movies. When I was young I first fell in love with Halloween and all things scary when my mom first introduced to me the 1987 vampire cult classic, Lost Boys directed by Joel Schumacher. At the time Lost Boys was on tape opposed to DVD so you can say I definitely wore that tape out! From the eerie makeup and costumes to the “jump out of your seat” moments to the bizarre camera angles and music, Lost Boys hooked me on the horror genre! From there on out any time my parents gave me the option of what movie I wanted to rent from Blockbuster Video (please tell me everyone reading remembers what Blockbuster is?!) I 100 percent of the time chose a horror movie! Something about being scared just intrigued me.

My love for scary movies has only gotten stronger as time has passed and with Halloween quickly approaching we at Loveland Magazine deemed it necessary to release a top 10 best Halloween movie list! I know there are many, many, many top 10 Halloween movie lists out there so I wanted to steer clear of the “traditional” list and let you the readers in on my personal top 10 Halloween movies list! This list will not just include movies based on Halloween but will also include those movies that send a tingle up your spine! So grab a handful of candy corn, cozy up on your favorite chair and get prepared to be let in on Cassie’s Guide to the Top 10 Best Halloween Movies PART 1!

Well, how can you not start a Halloween movie list without a classic Stephen King film adaptation! Nearly 40 years later and this film still gives horror movie fanatics the chills, including myself! I’m one of those movie watchers that 9 times out of 10 has read the novel before seeing the film based on the novel so of course, the fact that The Shining so closely matches the novel written by the legendary Stephen King makes it even more appealing. This film takes place in a creepy historic hotel that was built on an Indian burial ground in the Colorado Rockies. The main character, Jack, played by Jack Nicholson, takes his family as he has accepted the position as the offseason caretaker to stay in the haunted hotel for the winter. Jack’s son Danny, played by Danny Llyod, has telepathic abilities referred to as “the shining,” which ends up allowing Danny to see into the hotel’s haunting past! For those who have not experienced this haunting novel adaptation, this is a MUST see classic that is guaranteed to get you in the Halloween spirit!

Typically I am pretty aware of all horror movie film releases but for some reason, The Strangers, I didn’t discover until a few years after it was released. This film shocked me in more ways than one especially when I read it was based on The Manson family Tate murders, The Keddie Cabin Murders, and a series of break-ins that occurred in director, Bryan Bertino’s neighborhood as a child. How creepy is that? The Strangers, starring Liv Tyler and Scott Speedman, is a slasher movie that begins at a vacation home that both Kristen and James (Tyler and Speedman) are staying the night after attending a wedding. An hour or so into their stay the couple is visited by a family of 3 all wearing eerie masks and from there is where the terror begins! The masked criminals begin to toy and terrorize the innocent couple as the couple tries to find an escape route. This film is a little bit more on the intense side in regards to horror movies as it does include some gore and violence so I recommend this one for adults only! If you are searching for a Halloween movie that doesn’t follow the traditional “horror” movie pattern check out The Strangers!

Ok, everyone, this Halloween movie is for the kids….and of course, the adults will admit they love it as well! Halloweentown, a Disney Channel Original film starring Kimberly Brown, Debbie Reynolds, and Judith Hoag, takes you into a world where it’s Halloween all year round! I mean seriously what could be better than that? The movie begins in the human world where Marnie (Kimberly Brown) eventually comes to realize her family may have a little more of the Halloween “magic” than most families! Aggie (Debbie Reynolds), Marnie’s grandmother, wants so badly for Marnie and her sister Sophie to carry on the family tradition, but Aggie’s daughter, Gwen, wants her family to have a life that is normal as possible, and that means WITHOUT magic! Marnie sneaks out of her house and takes a journey to “Halloweentown,” a place where it’s always Halloween and the place her grandma raised her mother. This film takes you on a Halloween adventure you will find yourself wanting to experience traditionally every Halloween! If you have a hard time getting into the Fall/Halloween spirit Halloweentown will be sure to do the trick….or treat!

You can’t have a Halloween movie list without including John Carpenter’s Halloween! This film paved the way for one of my favorite horror movie genres, serial killer slasher movies, and yes according to Netflix this is a real movie genre! If you haven’t seen the original Halloween, this movie stars one of the most iconic scream queens, Jamie Lee Curtis. Halloween is based on the notorious serial killer, Micheal Myers, who, as a child, is placed in a sanitarium for murdering his sister. 15 years after the initial murder Micheal escapes the sanitarium for one last night of Halloween terror…or so we thought! Although this movie was made in the late 70’s it still packs all the Halloween scares one needs to get ready for the big holiday!

For the more modernized horror movies fanatics, Rob Zombie released a reimagined version of Halloween in 2007, that included the gore that the original didn’t mainly because in the 70’s the special effects we have access to now weren’t available yet. This remake focuses in on the childhood of Micheal Myers, played by Tyler Mane, what lead up to the murder of his sister, played by Scout Taylor-Compton, and Myer’s relationship with his mother, played by Zombie’s wife Sheri Moon Zombie.

There, of course, was another Halloween reboot released in 2018 where Jamie Lee Curtis reenters into the Halloween franchise as her original 1978 character, Laurie Strode. This 2018 reboot, directed and written by David Gordon Green, is set 40 years after the Micheal Myers murders. Curtis in this installment of the Halloween series prepares herself and her family to take down Micheal Myers one last time! Thus far there have been 11 Halloween films added into the series and there are 2 more installments that are in the works set to release in 2020, Halloween Kills, and 2021, Halloween Ends. If you are a true Halloween fanatic I highly recommend browsing your calendar for a weekend where you can binge-watch the entire Halloween series…with your pumpkin spice latte in hand of course!

Nothing represents Halloween better than the Sanderson Sisters and if you don’t know who they are Hocus Pocus needs to be added to your Halloween watch list immediately! Hocus Pocus originally did not get the views Disney expected when it was released in 1993, making only 16.5 million at the box office. Now this fantasy comedy horror drama (yes it actually is all these genres) is considered by many, including myself, one of the best movies to watch around Halloween time! If you haven’t yet experienced the film, it takes place in Salem, Massachusetts where an ancient threesome of witches are brought back from the dead by Max Dennison, played by Omri Katz, a teenage boy who just moved to Salem with his family. Once the Sanderson Sisters, played by the legendary Bette Midler, Sarah Jessica Parker, and Kathy Najimy, are brought back to life they make it their mission to steal all the souls of the youth in Salem..oh and did I mention there is a black cat named Binx that talks?! If you like magic and you like Halloween you HAVE to see Hocus Pocus!

Stay tuned for PART 2 of my guide to the top 10 best Halloween Movies where I will let you the Loveland Magazine readers in on my top 5 best Halloween movies! Believe me, you won’t want to miss number 1!