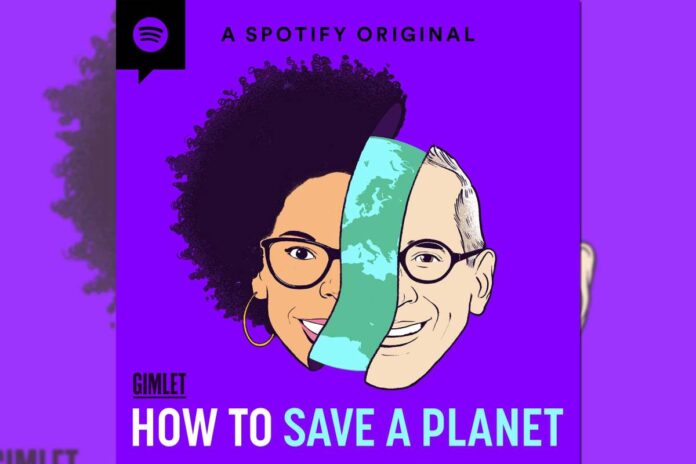 Loveland Magazine is one of the 400 news outlets worldwide, with a combined audience of over 2 billion people “Covering Climate Now”, a global journalism initiative committed to bringing more and better coverage to the defining story of our time.

The initiative, was co-founded by The Nation and Columbia Journalism Review

Mihaela Manova is “Covering Climate Now” in Loveland, Ohio as an editor for Loveland Magazine

A new podcast, Spotify and Gimlet’s How to Save a Planet, is set to explore ways to solve the ongoing climate crisis and what we need to do to implement these necessary changes. The series will also examine topics like disaster prep, Europe’s Green New Deal and the similarities between the climate movement and the Black Lives Movement.

“Does climate change freak you out? Want to know what we, collectively, can do about it? Us too,” Spotify and Gimlet said of the podcast.

“How To Save A Planet is a podcast that asks the big questions: what do we need to do to solve the climate crisis, and how do we get it done? Join us, journalist Alex Blumberg and scientist and policy nerd Dr. Ayana Elizabeth Johnson, as we scour the Earth for solutions, talk to people who are making a difference, ask hard questions, crack dumb jokes and — episode by episode —  figure out how to build the future we want.”

Ahead of the podcast’s August 20th premiere, Rolling Stone is sharing a trailer for the series:

As evidenced by the trailer, How to Save a Planet tackles the key climate change question, “How screwed are we?” “We can choose to be completely screwed if we want to,” Marvel says in the trailer, “but we also have the ability to limit the damage. So we can choose whether we’re screwed.”

Additionally, the streaming service also posted a 12-minute prologue for the series ahead of its August 20th arrival.

Cover/featured image: All rights to Rolling Stone and Gimlet’s How to Save a Planet