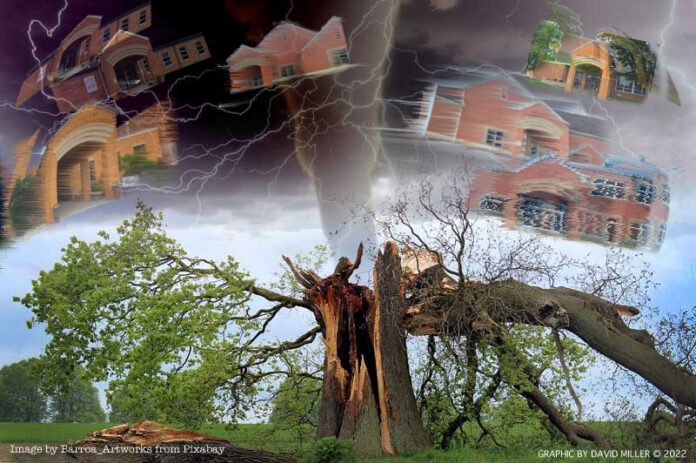 Seven of the 11 elected seats are now Democratic, stopping supermajority

“What you’re going to see in the lame duck session is going to be a tornado from hell.”

Former state Sen. Teresa Fedor got out of the Statehouse before the last vestiges of democratic governance were flattened by a power-hungry party on steroids.

She knew a cyclone of destructive GOP legislation, super-charged by an unstoppable Republican juggernaut in the General Assembly, would be devastating. It is already bearing down fast on voting rights, citizen ballot initiatives, transgender protections, and Ohio women.

But as Fedor bid a bittersweet farewell to a 22-year legislative career after being elected to the State Board of Education, Republican colleagues sent her a parting gift of disrespect.

Barely a week after Fedor and two other Democratic candidates won seats on the state school board, ousting incumbent GOP extremists on the ballot, Republicans in the Ohio Senate quickly moved to gut board members’ educational oversight responsibilities to almost nothing.

It was an audacious power grab by Republican lawmakers to wrest authority from the state education board on the heels of an election in which voters spoke about what they wanted for their children in education.

“We’re essentially removing most of the education duties out of the control of the state school board and putting them in the governor’s office,” declared Senate President Matt Huffman, R-Lima, as he unilaterally moved to nullify a democratic election.

With the super-super Republican majorities Huffman deviously engineered through lawless gerrymandering, he can drop any pretense of honoring the will of the people. Voters don’t matter. Hoarding power does. Sharing power with state board of education members who defeated Republican-backed anti-trans, anti-vax, anti-CRT, anti-anti-racism resolution clowns was nixed even before new members were sworn in.

Huffman’s plan is to ram through a bill in the next few weeks that removes all the board’s decision-making on educational matters, from curriculum and textbooks to academic development and planning, and gives that consequential stewardship to a political appointee who answers to the governor who answers to Huffman. See how it works?

Senate Bill 178 shrinks the influence of the Ohio Board of Education to a handful of administrative issues outside the classroom. Sponsor state Sen. Bill Reinke, R-Tiffin, stressed the need “for systemic change at the state level (after the Nov. 8 election) to our education system to ensure accountability to taxpayers and for our kids.”

“They’ve been beating that drum for over 30 years. ‘Public schools are failing. We need accountability.’ And where are we on public education? They (Ohio Republicans) have been in control the whole time, except for four years under Strickland. If there’s a failure, it’s a failure on their part,” she said.

“This is the 25th year of an unconstitutional school funding formula in the state. Republicans failed to the provide equitable and adequate education for the common schools in Ohio for 25 years. They set up a failed charter school system (remember ECOT?) in which tax dollars go into a black hole never to be seen again. They expanded vouchers, the privatization of our public dollars, a bigger black hole. Legally taxpayers don’t have a right to see how that tax money is being spent.”

Fedor is outraged that Huffman and Co. are subverting the voice of Ohio voters with Senate Bill 178.

“This just shifts power from the people to an unaccountable cabinet member in the executive branch,” she fumed. “Republicans are creating another level of bureaucracy away from the public” to steamroll their goal of privatizing public institutions without transparency or accountability.

The incoming state school board member is resigned to what comes next. The Republican storm whipping through the legislature will weaken the Ohio State Board of Education by giving its power to the governor.

“They’ll have their hearing, maybe two,”Fedor explained. “They may get interested parties into a room and say how can we tweak this so you’ll accept it even if you don’t like it and we can say we worked with you.”

“They’ll put the language into a substitute bill that no one will see until the last minute before it gets voted on or fold it into a lame duck Christmas tree bill and say they did the public bidding and boast about it. But everyone will know it was a sham. That’s what abuse of power will do.”

After over two decades in the legislative trenches, Fedor recognizes ruthless.

“Ohio Republicans have been waiting in the wings to roll out their extreme agenda because now they have unlimited power in the legislature. Senate Bill 178 cues up the budget debate. If it becomes law, Republicans are then going to pour money into their bureaucratic schemes to privatize public institutions — including the most important one to secure democracy, public education. The select few will benefit but 90% of our children will be left behind.”

Fedor, who spent 17 years in the classroom, conceded, “I have no power other than my voice and experience and heart.”

But she is a formidable force in her own right and will fight to be heard over the tornado from hell roaring through the lame duck.

“I am never going to give up,” promised the state school board member under siege. “You have to have hope. There’s no other choice.”

Marilou Johanek is a veteran Ohio print and broadcast journalist who has covered state and national politics as a longtime newspaper editorial writer and columnist.
MORE FROM AUTHOR