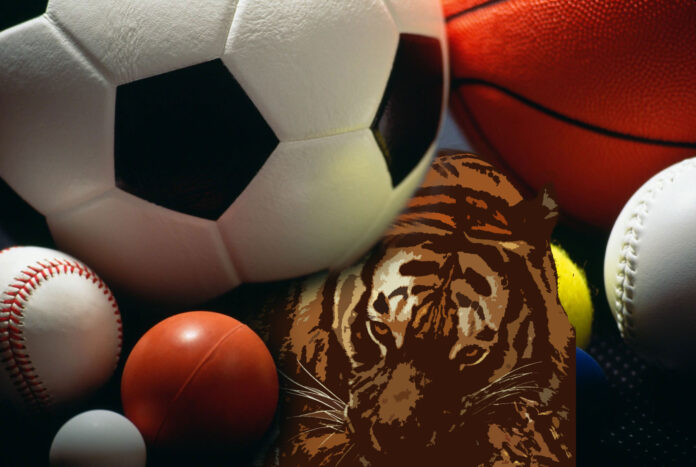 Ohio lawmakers approved a bill Thursday to allow college athletes to profit off their name, image and likeness, with Republicans adding an unrelated provision to ban transgender girls from competing in women’s high school and college sports.

The last-minute addition of a provision dealing with the transgender sports ban set off a chaotic debate on the Ohio House of Representatives floor. Republican lawmakers defended the amendment as necessary to preserve the integrity and fairness of women’s athletics. Democrats condemned the effort as anti-LGBTQ+ and as being rushed through without a full legislative process.

“This issue is best addressed outside of government, through individual sports leagues and athletic associations, including the Ohio High School Athletic Association, who can tailor policies to meet the needs of their member athletes and member institutions,” the governor said in a statement.

The House provision was added to an otherwise bipartisan bill about college athletics which recently passed the Ohio Senate in a unanimous vote.

The House vote was 57-36, with one Republican joining the full Democratic caucus in voting against.

Within hours, the Senate rejected the changes and worked to again pass legislation dealing with athletes benefiting from their personal “name, image and likeness” — without the transgender athletes amendment. Senators added this “NIL” language to an unrelated bill and included in a section dealing with the legalization of sports gambling.

The ball, so to speak, is back in the House’s court.

Legislation to let college athletes benefit from their personal “name, image and likeness” — without losing their sports eligibility — has gained momentum in states throughout the country.

Under the Ohio Statehouse proposals, college athletes would be able to sign endorsement deals with brands so long as the sponsorships do not conflict with deals already in place at their collegiate programs.

“The example I would give is, if the school is a Nike school and the student gets an Adidas contract, they should be able to have that,” state Sen. Niraj Antani, R-Miamisburg, who first introduced the legislation, explained last week. “But they’re not going to be able to wear Adidas during a practice or during a media session that is an official team activity on or off campus.”

With some states having already passed NIL bills, figures such as Ohio State University athletic director Gene Smith and head football coach Ryan Day have urged lawmakers to act quicklyso that programs like the Buckeyes would not face a competitive disadvantage with recruiting.

As lawmakers consider the issue on a state-by-state basis, the National Collegiate Athletic Association is considering its own sweeping changes at the national level.

The House amendment was introduced by state Rep. Jena Powell, R-Arcanum, who has repeatedly argued for the need to ban transgender girls from playing women’s  sports. She and fellow Rep. Reggie Stoltzfus, R-Paris Twp., are sponsors of the “Save Women’s Sports Act” which calls for the same ban as in Thursday’s amendment.

Powell earlier criticized President Biden for selecting a Dr. Rachel Levine, who is transgender, to be the nation’s assistant health secretary.

The Ohio Capital Journal previously reported there were five transgender girls who competed in women’s sports out of around 400,000 high school athletes in Ohio.

A string of House Democrats spoke out against the amendment, including Minority Leader Emilia Strong Sykes, D-Akron, who called it a “poison pill” added to an otherwise agreeable bill.

“This awful, terrible, disgusting, vile, worse-than-the-sticky-stuff-on-the-bottom-of-my-shoe amendment is in a bill that could have helped so many,” Sykes complained, noting it comes during Pride Month celebrating LGBTQ+ Ohioans.

This story has been updated to include a statement from the governor.