Loveland, Ohio – On, December 6, 1987, women at Grailville saw the crass capitalism of how the birth of Jesus was celebrated and wanted to change things up, at least for Loveland. They wanted to put a little “Christ” back into Christmas by offering a community event they named, Christmas in Loveland.

Years later, resident, Martin Schickel volunteered to start organizing the event and did so for many years. Schickel’s family was deeply connected with Grailville, so it was a natural fit. In 2013, Schickel, who was also one of the founders of Loveland’s Amazing Race, later re-named The Amazing Charity Race, decided to gradually retire from being so actively involved in community events, so he turned over Christmas in Loveland to the Loveland Area Chamber of Commerce. It was Schickel’s gift to the community that he re-gifted to the Chamber. Schickel also has deep connections with the Chamber having once served as its President.

The City of Loveland never organized or owned the event. The extent of City Hall’s involvement was never more than a sponsor some years, or helping with safety and crowd control.

Moving forward to the City Council Election of 2015, when Mark Fitzgerald was running for re-election. Apparently, according to Cee Cee Collins, the current President of the Chamber, during a Meet the Candidates forum that year, she allowed a question to be asked of Fitzgerald about some legal/ethics troubles he was having at his job as City Manager of North College Hill. She said that she thinks this is when the animosity began between the Chamber and City Hall. Collins said it would have been hard to not offer up the question to Fitzgerald because several audience members asked the same one. Fitzgerald was re-elected and was appointed Mayor.

Add to that, last May the Loveland Area Chamber of Commerce changed their name to the Little Miami River Chamber Alliance. They made a decision to expand into Miami and Symmes Townships, and issued a press release announcing a “launch party”. They invited the public to come to meet the “Township Trustees”. Some at Loveland City Hall were miffed at the name change, and that they were not personally invited, or offered the same benefits the townships were offered.

Add to that, the Chamber soon announced they were moving their annual 4th of July, “Firecracker Festival” to Symmes Township’s Home of the Brave Park. The Chamber said they were told by City Hall they could no longer close off West Loveland Avenue for the annual event — the Firecracker Festival had simply grown too large for Loveland. Collins said the Chamber offered up compromises, one being to re-route the annual 4th of July Parade so instead of ending in Historic Downtown, it would start there, but would terminate at the Symmes Park. However, the annual fireworks display would also light up the Symmes sky instead of Loveland’s. Loveland officials did not like the idea of thousands of area residents being drawn to the Symmes park, away from businesses in Historic Downtown.

Collins said Mayor Fitzgerald told her, “I am not going to have an event that starts in Loveland and ends in Symmes Township. I will not be part of anything like that.” She thought he would be happy with the suggestion.

The result was that on July 3, the Chamber held their Firecracker Festival in the township park with fireworks, and the next day the City held a celebration in Historic Downtown with their own fireworks. The City hall event was organized through the City Manager’s office by Assistant to the City Manager, Misty Cheshire.

Meanwhile, Cheshire had begun to re-write the City’s public event policy. Anyone who wishes to hold a public event in the City has to receive City Hall approval. The Chamber was invited to a meeting to add their input to the new policy. Collins attended to add her input, but also because she needed to formalize plans for this year’s Christmas in Loveland. At the meeting, the Chamber was told by Fitzgerald they would get an agreement to have Christmas in Loveland, based on the new policy Cheshire was drafting.

The Chamber kept asking for the agreement but never received one. “We kept asking for that,” Collins said. “In the past we just sat down informally with the police chief, the fire chief, and City staff and said, this is what we are thinking of doing. Often the police chief and I would work out the route of the horse-drawn carriage and the Santa Train so it wouldn’t interfere with traffic. We’d work together on it.”

[quote_left]Our mouths were just like on the floor.[/quote_left]However, after never receiving the agreement Fitzgerald promised, they agreed to attend a second meeting to further clarify the event details. It was then that as Collins describes, “Out of the blue, it was announced by City attorney, Joe Braun, that the City had registered the trade name, ‘Christmas in Loveland’ and they now own the event and were taking it over.”

Kay Bolin O’Grady is on the Board of Directors of the Chamber and was at the meeting. She said, “The Chamber was flat-out surprised when we were told the City had trademarked the name. Our mouths were just like on the floor, I mean it took us a couple of seconds to realize what we had just been told, and if we had heard it correctly.” Bolin O’Grady said to her it was pretty point-blank that the City was taking ownership, they had control and they did not want the Chambers involvement in any part of organizing the event. She added, “The City wanted no partnership in this year’s event, but the Chamber could have a booth at the event if they wanted.”

“We were in shock, because of all of the things you could think someone could do, that would not be one at all. The Chamber never had it trademarked, because I guess we never thought we needed to,” said Bolin O’Grady. “They didn’t talk to anyone, they did it on the sly.” She said that during the meeting she asked a minimum of three times for an explanation of why the City did it, and got no answer, “They just refused,” she said.

Neither Cheshire or Fitzgerald responded to questions asked by Loveland Magazine for this story.

[quote_right]“They didn’t talk to anyone, they did it on the sly.”[/quote_right]The City filed the Trade Name application with the Ohio Secretary of State on April 22, 2016. The Trade Name application provides a block labeled, “Date of First Use.” The City filled in, “12/01/2005.” The application also requires proof of first use, however, the City provided no documentation of either as is required. Records that go back that to 2006, obtained by Loveland Magazine through a public records request, show various City officials and employees always describing the event as a Chamber event or being organized by Martin Schickle. City Manager Dave Kennedy justified the application by telling Loveland Magazine, “The City has partnered with groups and organizations to put on this event for the City for many years.” (See Trade Name certificate below)

“This was put on by businesses of the Loveland area to say thank you to people who patronize their businesses. I made sure they kept that theme, it wasn’t about, ‘Hey, I’m going to promote my new line of Christmas stuff.’ It was to say thank you. So, when you went to Tanos you got bread pudding. When you went to Paxton’s, you got free hot chocolate.”

Collins said that at the meeting, several Chamber members asked why. “We said it’s always been successful, we’ve always been compliant. We were told by Cheshire that the City felt like the City’s 4th of July event went so well, that they should take on Christmas in Loveland.”

Collins said that at that second meeting she responded, “But it’s not yours to take, it belongs to the businesses.” She said their response was, “We’ve trademarked it.” Collins told Loveland Magazine, “That’s the first we were aware of the trademark.”

Kennedy told Loveland Magazine, “While the idea of branding the name was discussed among city staff and elected officials, ultimately it was my decision. The effort was designed to protect city-sponsored events to assure they stay within the city.” Kennedy declined to name the “elected officials” he referred to.

All City Council members were offered a chance to comment on this story, only Kathy Bailey responded. She said:

“Simply registering the name would not prevent the City from letting the Chamber continue to host the event.

The Chamber was not invited to participate in the Christmas in Loveland event, but decided to go ahead again this year with their 12 Days of Christmas event.

Collins agreed that if the City gets away with this they could trademark the Loveland Art show or the Loveland Homecoming Parade, two other large events that organizers must receive permission and a permit to hold. Collins said that City Hall could walk off with these events as well.

Bolin O’Grady told Loveland Magazine that the City had never been the organizer of Christmas in Loveland, only one of the many sponsors. She said, “They could force other organizations in town to defend their name and the name of their events, like they have ours. Yes, maybe the Loveland Arts Council should go to the expense of trademarking the name, Loveland Arts Show.”

[quote_box_right]“I contemplate with sovereign reverence that act of the whole American people which declared that their legislature should “make no law respecting an establishment of religion, or prohibiting the free exercise thereof, thus building a wall of separation between Church & State.” – Thomas Jefferson’s Letter to the Danbury Baptists[/quote_box_right]Bolin O’Grady added, “I don’t know if a city government can have a religious event and promote a religion, that is something else we are looking into.”

Pat Furtherer, a former Chamber Director in the ’90’s said that to her knowledge, the City had never put on Christmas in Loveland. She said, “They never had and, I’ve been around a long time.” She is disappointed that the Chamber is not running it this year.

Both Collins and Bolin O’Grady said that two attorneys who are on the Chamber Board reviewed what the City did, however, acknowledged neither lawyer has expertise in trade name law. After their review, the Chamber decided there was not much that could be done.

Christmas in Loveland was organized by Cheshire this year through the office of the City Manager. It was held this past Saturday on December 17. 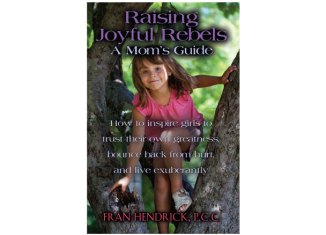 You can get a truly FREE credit report

How To Watch, Listen & Follow Bengals At Titans In The...