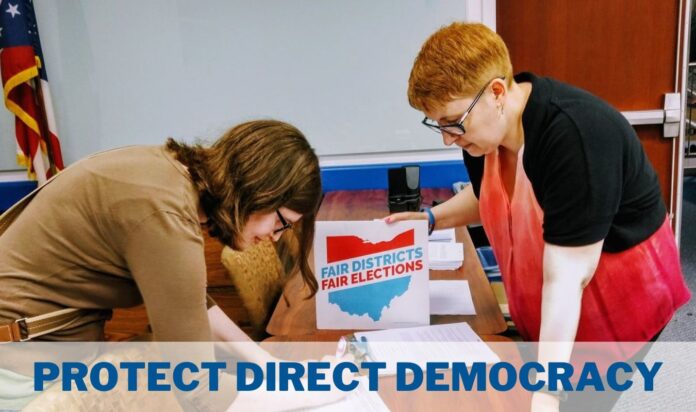 An Emergency Appeal from the

League of Women Voters of Ohio

Ohioans have had the right to direct democracy since 1912, but now lawmakers and Secretary LaRose are going after the power of the people. Because of gerrymandering and dark money, Ohioans have faced years of unpopular and unjust legislation related to democracy, women’s reproductive rights, public education, and so much more.

LaRose claims that this measure is necessary to protect the Ohio Constitution, and that the time is right. We say ABSOLUTELY NOT!

Send a message to your elected leaders and demand that they stop this threat to democracy!

More about the proposal to restrict access to Ohio Voters…