Below you will find a list of all past Valentine Ladies and a history of the program (provided by the Chamber) that began in 1971.

All photos by David Miller/Loveland Magazine © 2017. 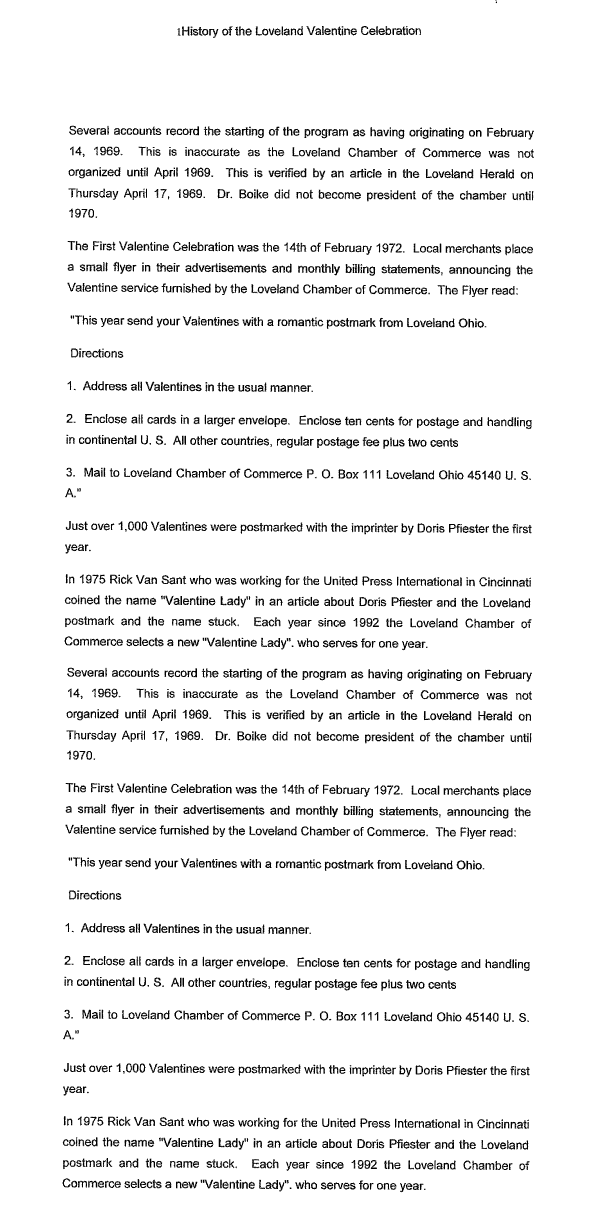