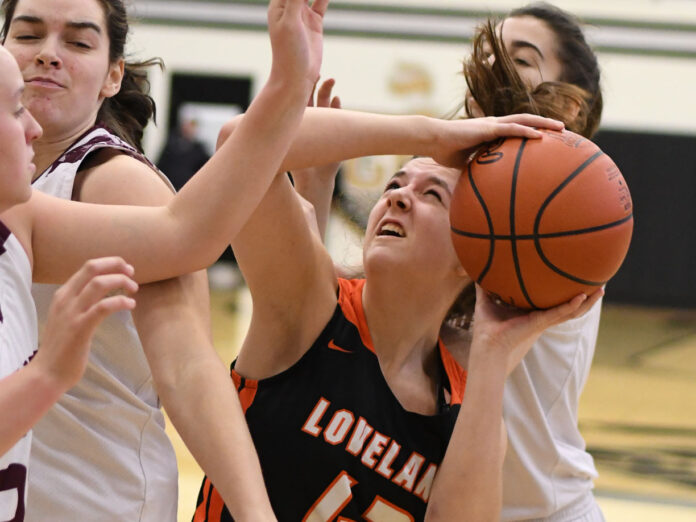 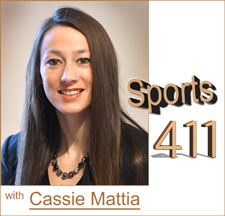 CORRECTION: This story has been up-dated to reflect that Josie Early is a first-year student and not a Junior.

Loveland, Ohio – The Lady Tigers and Coach Parker are rewriting Women’s Loveland Basketball history one win at a time! LHS’s Women’s Basketball team is set to continue their impressive journey to the tourney on Monday night against Mason High School for the OHSAA District Semi-Finals crown.

The Tigers defeated Lebanon 52-25 last Wednesday night at Lakota East High School bringing their record-breaking season to 21-3. Stand out Senior Jillian Hayes led the Tigers in scoring and rebounds with 12 points and 9 rebounds. Hayes now officially holds the record as Loveland’s all-time leading scorer and holds the all-time rebounding record. In the Eastern Cincinnati Conference Hayes is ranked 2nd in points averaging 18.1 per game, 2nd in rebounds averaging 10 per game, 4th in blocks averaging 1.5 per game, and 3rd in steals averaging 3.2 per game.

The future of Loveland Women’s Basketball, First year student Josie Early, came off the bench Wednesday night and scored a season-high of 10 points. Teammates, Junior Jenna Batsch, and, Senior Kate Garry, added 7 points each to the big Tiger win. Batsch holds the 5th spot in the ECC for steals averaging 2.6 per game while Garry has climbed her way up to the 3rd spot on Loveland all-time leading scorer list! Not only has Garry achieved an all-time leading scorer spot she has also grabbed the number 1 spot as Loveland’s all-time leading 3-point shooter. Coach Darnell Parker celebrated Garry’s accomplishments over Twitter saying, “@Kgarry12 has vaulted herself to #3 All-Time leading scorer in Loveland History! This kid is now on the Mt Rushmore of players to wear the Orange and Black! Proud of you KG!” 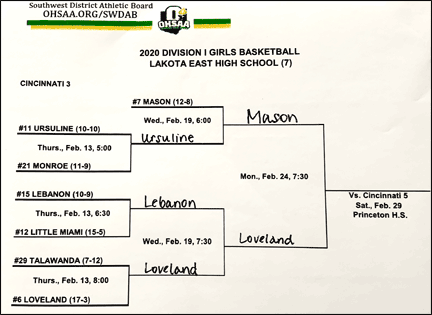 Recently the ECC released the Women’s Basketball All-Conference Teams as well as the ECC Athlete of the Year and the ECC Coach of the Year. Not to anyone’s surprise, the Loveland Women’s Basketball squad received a number of accolades within the ECC. Coach Parker was named Coach of the Year and Jillian Hayes was named Co-Athlete of the Year along with Walnut Hills’ Sean Kelly Darks. Jenna Batsch and Jillian Hayes were named 1st Team All ECC while Tess Broermann and Kate Garry were named 2nd Team All ECC. Sophia Raby also received Honorable Mention All ECC.

Loveland will go up against a talented Mason Comets team who went 15-8 this year finishing in 3rd place in the GMC. The Comets advanced to the finals by beating Ursuline Academy 39-36 last Wednesday. Mason is led by Freshman Margo Mattes who averages 14.9 points per game and Junior Forward Marilyn Popplewell who averages 9.9 points per game. The District Semi-Finals will be held at Lakota East High School on Monday at 7:30 PM.

Check out the box score below from Loveland’s huge win against Lebanon last week!