“Today, we move closer to making equal rights for crime victims a reality in Ohio,” said Dr. Henry T. Nicholas, founder of Marsy’s Law for All. “We are excited that Ohioans will be able to vote on placing basic, enforceable rights for victims of crime into the state constitution.”

[quote_box_left]The amendment would provide crime victims with specific rights, including the right to be treated with fairness and respect for the victim’s safety, dignity and privacy; to be notified about and present at proceedings; to be heard at proceedings involving release, plea, sentencing, disposition, or parole of the accused; to a prompt conclusion of the case; to reasonable protection from the accused; to be notified about release or escape of the accused; to refuse an interview or disposition at the request of the accused; and to receive restitution from the individual who committed the criminal offense. (Credit BallotPedia)[/quote_box_left]by David Miller,

Petitioners were required to submit at least 305,591 valid signatures, a number equal to 10 percent of the total votes cast for governor in the most recent gubernatorial election, 2014. The petitioners of Marsy’s Law satisfied this requirement through the submission of 371,749 valid signatures statewide.

As part of the total number of signatures needed to place the measure on the ballot, petitioners are also required to have submitted signatures from at least 44 of Ohio’s 88 counties, and within each of those counties, collected enough signatures equal to five percent of the total vote cast for governor in the most recent gubernatorial election, 2014. The petitioners met this requirement, having collected enough signatures to meet the five percent threshold in 54 counties.

Having met the constitutional and legal requirements to place the matter before Ohio voters, the issue will appear on the ballot during the General Election held on November 7, 2017. The next step in the process is for the Ballot Board to convene to approve the ballot language that voters will consider this fall. 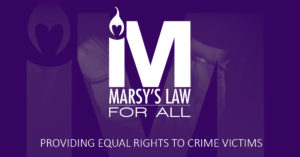 It is the constitutional and statutory duty of the Secretary of State to verify and certify signatures submitted for citizen-initiated constitutional amendments, initiated statutes and legislative referenda.

The Marsy’s Law movement began in 1983 when Marsy Nicholas was stalked and killed by her ex-boyfriend in California. Only a week after her murder, Marsy’s mother and brother, Henry T. Nicholas, walked into a grocery store where they saw the accused murderer. The family, who had just visited Marsy’s grave, had no idea the accused murderer had been released on bail.

Following his sister’s murder, Dr. Nicholas has dedicated himself to giving victims and their families across the country constitutional protections and equal rights. Dr. Nicholas, who is a native of Cincinnati, is funding the effort in Ohio.

You can watch the video below from the national office of Marsy’s Law. Read more about the Ohio effort. 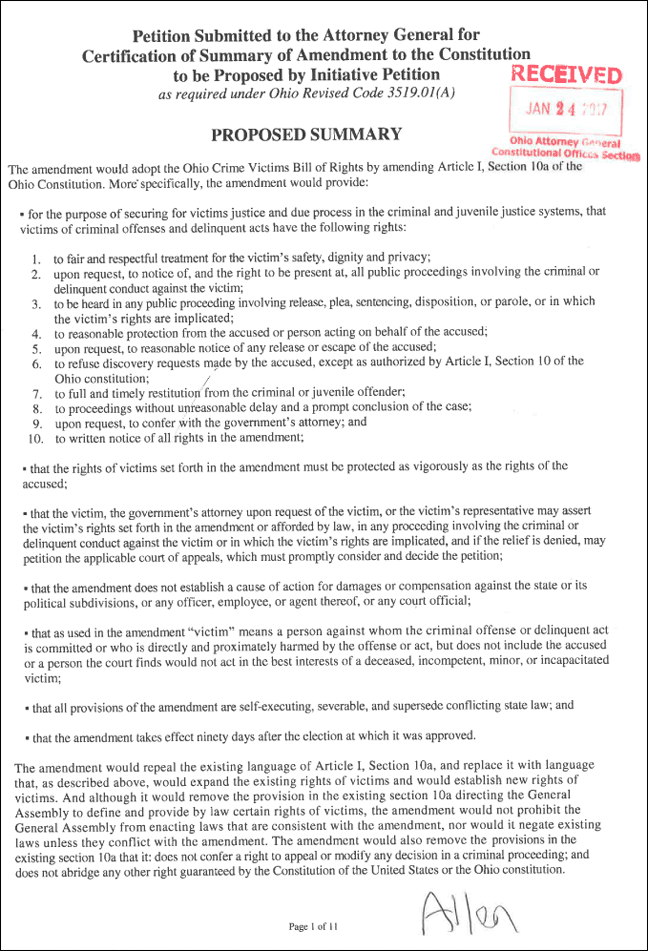