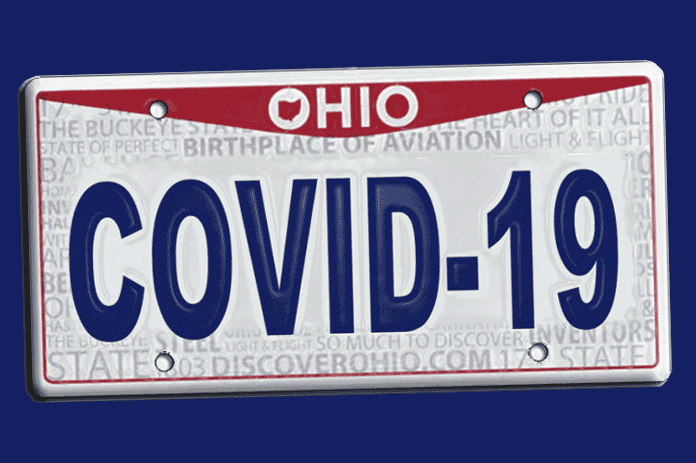 Vinton County in rural Southeast Ohio was the last county in the state to record a positive case of COVID-19.

It also appears to be the first without any cases remaining — at least for the time being.

The sparsely-populated Vinton County has not been as hard hit by the pandemic as in other places of Ohio, and the recent data is the most optimistic yet.

Over the past few weeks, not a single resident in Vinton County has tested positive for COVID-19. There has likewise not been a hospitalization since May 20.

As of last Thursday, the county did not have any known active cases of coronavirus among its estimated 13,100 residents, according to the Vinton County Health Department.

When the state health department published its most recent chart of county-by-county case rates, the one named for former Congressman Samuel Finley Vinton ranked the lowest. During the two-week period of May 19 through June 2, Vinton County didn’t recorded any new cases of the virus.

Thus, the case rate was an even zero — the first county to achieve that since the early days of the pandemic.

The next challenge? Boosting the county’s vaccination rate

Vinton County has a history of figuring out creative solutions to problems. When the county suffered as a food desert, local officials secured grant funding to allow fresh produce to be sold at gas stations and at a drive-thru convenience store.

Decades ago, the construction of a man-made lake threatened the survival of a historic covered bridge. The local agricultural society decided to save it, so a group of laborers spent two days moving the 25-ton bridge across the county. It now rests on the Vinton County Fairgrounds, where guests travel through it each July to reach the front entrance.

Health officials are continuing to work toward getting residents vaccinated.

The case rate may be promising, but the vaccination rate is hardly so. Only 30% of Vinton County residents have received at least one shot of the COVID-19 vaccine.

The county lags behind the state percentages in every single age category, most alarmingly with the older demographic.

Across the whole state, 77% of Ohioans aged 60 or older had received at least one shot as of June 4. In Vinton County, the number was just 59%.

Part of the problem is geographic access. Vinton County has no hospital and only a few other medical care facilities. The health department is offering walk-in appointments at its location in the county seat of McArthur; there have also been shots offered at a local pharmacy and at a primary care clinic within the small village.

Outside of McArthur, though, options have been limited. Vinton County is one of the least densely-populated counties in Ohio, and it is also among the most forested. Many residents live in very rural areas, traveling significant distances outside of the county for medical services and other errands in places like Chillicothe and Athens.

The trip to and from the Vinton County Health Department, which now offers walk-in vaccine appointments, can require a round trip of more than an hour. That’s if fortunate enough to have transportation in the first place. There is little in the way of public transit in rural Ohio; those without vehicles or are too old to drive rely on transportation services provided by private companies as well as the senior citizens center in McArthur. Volunteers for the latter spend their free time driving elderly passengers to various appointments, grocery stores and

If it’s difficult for some residents to get to McArthur, health officials therefore strive to meet people where they are.

Cassie Carver, a public health nurse for the Vinton County Health Department, said the department has been active in promoting the vaccine in the community. Officials have traveled to schools, churches and workplaces like area sawmills to educate on the importance of getting vaccinated.

The health department recently hosted a mobile vaccination clinic at a farmers market in the smaller village of Hamden. Carver said the department plans to conduct more outreach during the upcoming summer months.

Tyler Buchanan
Tyler Buchanan is an award-winning journalist who has covered Ohio politics and government for the past decade. A Bellevue native and graduate of Bowling Green State University, he most recently spent 6 1/2 years as a reporter and editor of The Athens Messenger and Vinton-Jackson Courier newspapers. He is a member of the BG News Alumni Society Board and was a 2019 fellow in the Kiplinger Program in Public Affairs Journalism.