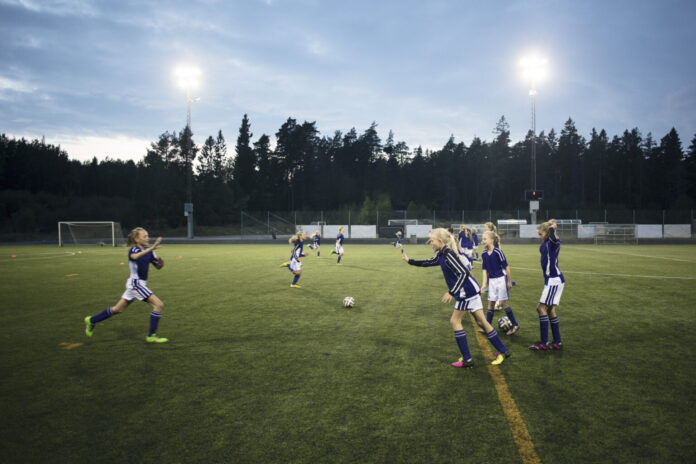 Two bills are working their way through the Ohio General Assembly that do not solve any pressing issues in high school athletics; they simply target and needlessly victimize five Ohio children in a cynical attempt to score cheap political points.

As OCJ has reported, out of about 400,000 Ohio high school athletes competing this year, five transgender girls opted to follow their gender identity and compete in women’s sports. Four transgender girls obtained approval in 2019-2020, two in 2018-2019, and none were approved between 2015 and 2017, according to the Ohio High School Athletic Association (OSHAA).

OSHAA already has a policy regarding transgender athlete eligibility, and it seems to be working fine as OSHAA Director of Compliance Kristin Ronai told OCJ, “I personally, and the rest of our office, have not received one complaint about transgender athlete participation in the state of Ohio.”

There’s no evidence of transgender girls taking scholarship opportunities away from anyone, she added, saying OSHAA’s policy for this exceedingly small population was crafted by experts, and no real problem exists for the legislation to solve.

In North Carolina, Republican House Speaker Tim Moore killed a similar bill, telling the Associated Press it simply isn’t needed as there has been no verifiable problem with transgender women playing sports.

Meanwhile, an expert who helped the NCAA establish its policy for transgender participation in 2011 and also advised the International Olympic Committee on the issue told NPR recently these bills are discriminatory when school sports are supposed to be about inclusivity, team-building and personal well-being, and they have no basis in science.

“We know that men have, on average, an advantage in performance in athletics of about 10% to 12% over women, which the sports authorities have attributed to differences in levels of a male hormone called testosterone. But the question is whether there is in real life, during actual competitions, an advantage of performance linked to this male hormone and whether trans athletes are systematically winning all competitions. The answer to this latter question, are trans athletes winning everything, is simple — that’s not the case. And higher levels of the male hormone testosterone are associated with better performance only in a very small number of athletic disciplines: 400 meters, 800 meters, hammer throw, pole vault — and it certainly does not explain the whole 10% difference,” said Dr. Eric Vilain.

“And lastly, I would say that every sport requires different talents and anatomies for success. So I think we should focus on celebrating this diversity, rather than focusing on relative notions of fairness. For example, the body of a marathon runner is extremely different from the body of a shot put champion, and a trans woman athlete may have some advantage on the basketball field because of her height, but would be at a disadvantage in gymnastics. So it’s complicated.”

So why are Ohio Republicans and their colleagues in roughly 35 state legislatures around the country pursuing these bills?

Well, it’s about the only LGBTQ+ issue remaining that polls well for them — and by “well” I mean it still polls in favor of the discrimination that they support. Complicated issues require thoughtfulness. Cultural hate-baiting does not.

Back in 2004, Republicans were cynically wedging voters by using public opposition back then to same-sex marriage, driving voter turnout and banning it that year in 11 states including Ohio. The public in 2004 was opposed to same-sex marriage with 55% supporting changing the U.S. Constitution to ban it. Now support for same-sex marriage is at an all-time-high 70%.

The saddest thing about this to me is that transgender people — especially transgender people of color — have been leading the activist charge toward equality for the entire community since the beginning, literally throwing the first bricks at the Stonewall riots. And since the beginning, they’ve been the most victimized. Now they remain the most targeted and victimized, and they deserve allyship and support as much or more than ever.

Given the polls and their own words, I have no doubt many of these Republican politicians are earnest in their support for discriminating against transgender people, but they also know it’s good politics for them. Perhaps they believe this is an actual issue that needs addressed. Perhaps. But the facts do not bear that out, and if they did an honest evaluation of the situation based on facts, expert testimony and science instead of political calculations and polling they would know that.

So it remains that our Republican supermajority state legislature is spending its days crafting legislation to needlessly attack five children.

These proposals victimize and attempt to villainize in the public mind an already vulnerable minority not to solve any real issue but for cynical political point-scoring. In essence, these politicians are saying that exploiting outrage politics is more important than acknowledging transgender people’s basic humanity and the harmful consequences of needlessly promoting discrimination against them.

Driving public policy with this intentional wedge issue at the expense of children is at the least highly unethical and at worst horribly immoral. It’s bullying, and it encourages more bullying.

David C. DeWitt
David C. DeWitt is an award-winning journalist with over 15 years experience covering Ohio politics and policy. He has worked for the National Journal, The New York Observer, The Athens NEWS and Plunderbund.com covering topics such as education, health care, crime and courts, poverty, government, business, labor, energy, environment and social issues. His work has also appeared in Government Executive, the Columbus Dispatch, Girlfriends magazine, Bleacher Report and the Ashtabula Star Beacon, among others.