May not survive in all the “progress” in Historic Downtown

A community group has formed to help persuade city hall that the market can only survive if it returns to its original location. The Friends of the Loveland Farmers’ Market is growing rapidly and plans to bring a large number of supporters to the next council meeting on February 9 in a show of support.

Kennedy said, “My concern is that the downtown area simply can’t handle the traffic the event brings in due to how it has grown in popularity. My hope is that we can find a location that works well for the market while not adding to the downtown traffic congestion.”

[pull_quote_right]Halie Rebeccaschild and Ellen Mershon are hopeful that parties come together to work toward solutions that work for everyone.[/pull_quote_right]Representing the Friends of the LFM, Halie Rebeccaschild and Ellen Mershon sat down with Loveland Magazine Thursday for a video interview touting the benefits of LFM to the community and to discuss the traffic and parking concerns Kennedy and some downtown business owners are concerned about. 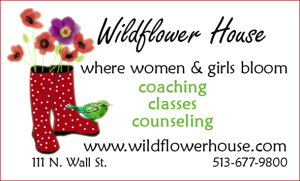 They are hopeful that parties come together to work toward solutions that work for everyone.

Donna Bednar told Loveland Magazine on January 12 that LFM, operating since 2010, may not open for the 2016 season. The market usually runs from May to October on Tuesday afternoons. Its original site was where the Loveland Station Apartments have been built. Because, that city-owned property was sold, Jackson Street Market was built on land owned by the Loveland Firefighters Association so that LFM would have a permanent home. Jackson Street Market is on the Loveland Bike Trail between Bob Roncker’s Running Spot and the Brown Building, home of the Loveland Music Academy. Both the firefighters and city taxpayers paid for the construction. During construction of the apartments last year, LFM moved to the temporary home of the former bowling alley, with the promise they could return in 2016 to downtown. This fall the bowling alley was demolished and the city is actively marketing the land.

Loveland Mayor, Mark Fitzgerald would not comment on whether a permit would be issued for the LFM return, instead deferring the question to the city manager. He said in an email, “Dave Kennedy is dealing with this. I’ve found him to be very cooperative with our businesses and am certain he will help them out anyway he possibly can.”

Fitzgerald recently created a stir when he did not re-appoint Bednar to a spot on the city Beautification Committee. As a result, the remaining committee members resigned en-mass on January 12. (Beautification committee resigns en-mass at Tuesday council meeting) Mershon said, “If there is any political thing going on – which I hope there’s not, I hope there is a misunderstanding and I hope that all of this can be resolved, and we can work together collaboratively to make this happen rather than being polarized.”

Kennedy said, “While I realize this is not popular, and certainly not something I took lightly, I think it is for the good of the city as a whole at this time. The Farmers’ Market is important to the City of Loveland. The market brings in many visitors and helps support our local businesses. My intent was not to simply say no, but try to help facilitate moving it to another location within the city.”

Canada also expressed dismay that when the market operated in downtown, neither market vendors or customers respected the private parking at his business directly across the street on Karl Brown Way. He said, “Yes the market officials did what they could to keep vendors and patrons from taking up private parking places, but it still happened hurting other businesses in the area. We experienced on a regular basis parking in front of doors where we could not get people or products in or out. Parking in the grass on one side of my building leaving tire tracks when wet. The thing that bothered me the most was large trucks pulling in to unload in our parking taking up multiple parking spots that customers could use.”

Canada also said that if the market returns it will also face the same access challenges that every other business faces. “The traffic issues are not going away. The market should look at relocating on Loveland Madeira Road. Permanently.”