Despite the love and admiration I have for the small town I’ve called home for the last 20 plus years, I’m troubled by the comparison. 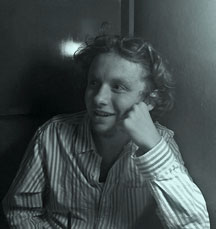 On April 15th, 2013, two homemade bombs were detonated near the finish line of the Boston Marathon. The bombing, which took place on Boston’s holiday, Patriot’s Day, where kids get the day off of school, the Red Sox play an 11 AM baseball game, and the city unites for celebration, two terrorists took the life of three innocent people, took the limbs of 14, and injured an estimated 264. In the days following this event, the term “Boston Strong” united a city and brought renewed power to a town on a wire.

Then, on May 27th, 2017, a fire in Loveland’s Historic District damaged three plus buildings leaving one firefighter injured, and another treated for exhaustion. The term “Loveland Strong” was coined shortly thereafter. It is being used as a slogan for fund-raising events to help Loveland’s fire victims.

[quote_left]One of these strongs is not like the other.[/quote_left]The examination of these two events are simply not equivalent. Despite the love and admiration I have for the small town I’ve called home for the last 20 plus years, I’m troubled by the comparison to the events in the one where half of my extended family calls home.

Using the Loveland event and adding “strong” to the end of it is without taste or context. While oxymoronic, it’s to call an argument with your family the civil war in earnest.

Conducting a terrorist attack on a holiday to a major United States city, where the term was phrased, is entirely different than redeeming another city’s unifying message after a fire.

Using the deepest parts of my remembrance, I can only conjure two separate events where the term “strong” was affixed to the end of something; LiveStrong and Jersey Strong. LiveStrong was Lance Armstrong’s movement for cancer awareness, where Jersey Strong came in the wake of Hurricane Sandy. People continue to lose their life and struggle with cancer. 233 people were killed in Hurricane Sandy, count 157 of them as Americans.

[quote_right]The concept of training for your whole life, then not only the bitter feeling of failing to cross that race off your bucket list is harsh, but knowing you’ll never even be able to run again is soberingly depressing.[/quote_right]One of these strongs is not like the other.

As a runner, knowing what heartbreak those who of trained their whole lives for this event is gut-wrenching. The concept of training for your whole life, then not only the bitter feeling of failing to cross that race off your bucket list is harsh, but knowing you’ll never even be able to run again is soberingly depressing.

Calling this event “Loveland Strong” is to water down terrorist attacks, hurricanes, and cancer, which is legitimately cringe-worthy. I am left in shock that the phrasing continues to be used.

I do express incredible sympathy for those who lost their residence, property, and business during the fire. Loveland absolutely deserves a unifying slogan, but a blatant rip-off of a slogan from one of the most magnitudinous terrorist attacks in United States history on US soil is legitimately crude.

Again, I really do love Loveland, please don’t let my message confuse my feelings towards this town. However, “strong” is not ours to use.

He holds interests in distance running, politics, sports, and culture.

Lutz was a former Intern at Loveland Magazine.