Home Latest Stories Events Will you stand next week for fair sewer rates? 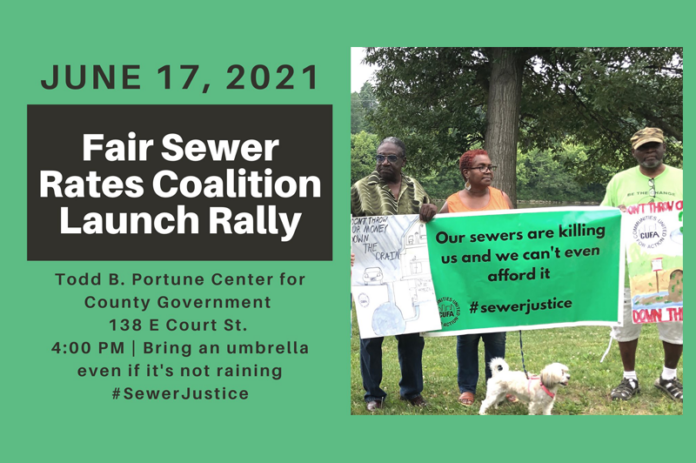 Hamilton County and Loveland, Ohio – In the 90s Ohio Citizen worked with the Sierra Club, Communities United for Action (CUFA) and others to press Hamilton County to address the combined sewer overflow problem that’s polluted our rivers and streams and backed up sewage into people’s basements for literally generations.

Melissa English the Deputy Director of Ohio Citizen Action says, “Their failure to do so back then is just one of the reasons our sewer bills are so high today. It’s past time to demand action and relief for the county’s low-income, elderly and Black and Brown ratepayers, who bear a disproportionate share of the burden.

English hopes you will join her on Thursday, June 17 at 4 PM at the County Building at 138 E. Court St. to help launch the Fair Sewer Rates Coalition.

English encourages people to bring an umbrella – even if it’s not raining. They want to demonstrate that we’re drowning in stormwater and it’s only going to get worse with climate change.

The Washington Post recently reported that “Storm-water systems are the soft underbelly of American infrastructure.” Read this article to find out how they’re increasingly vulnerable as climate change drives “rain bombs” that dump inches of water on cities in hours, overwhelming pipes and pumps.

Learn More About Where Your Money is Going

Register, so they know how many folks to expect.