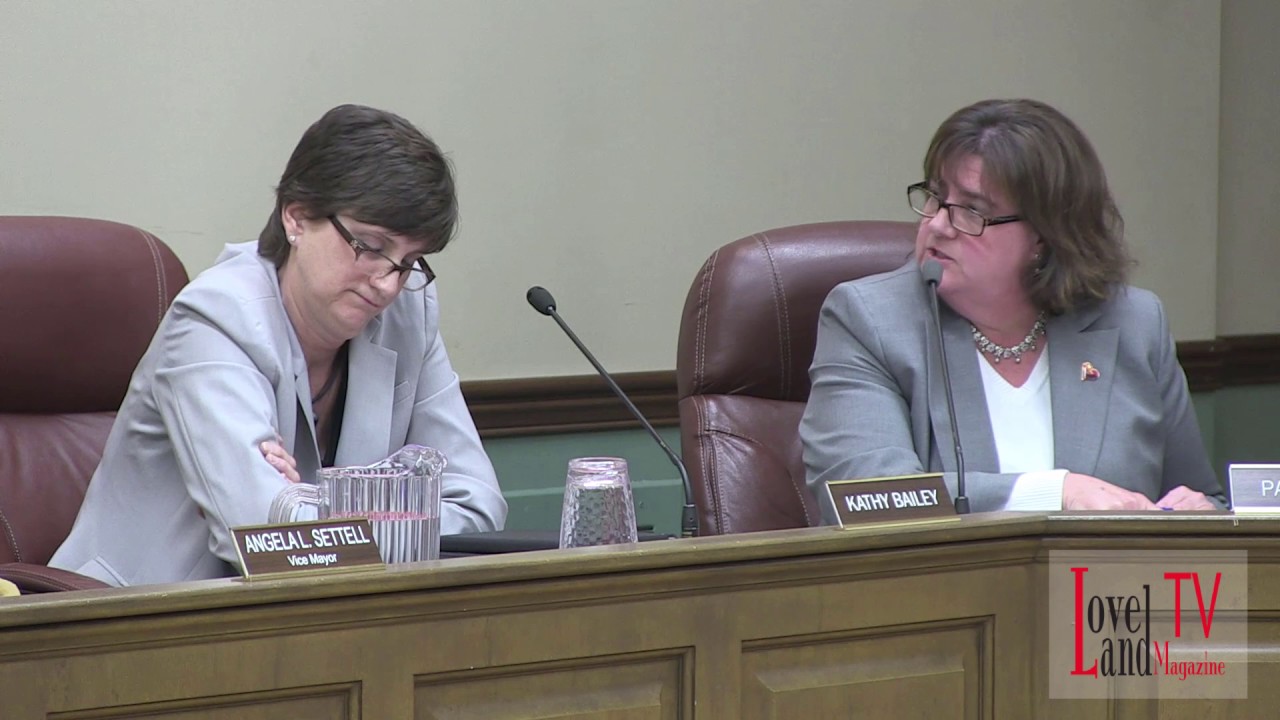 In describing her version of how the dust-up transpired, Pam Gross turned to Kathy Bailey and said, “And, you can sit there and think, oh, whoopee-do – but, it’s a big deal.”

Loveland, Ohio – CeeCee Collins, the President of the Little Miami Chamber Alliance appeared at the  Loveland Council meeting on April 11 and spoke at the open forum about the Chamber’s recent expansion into Miami and Symmes Townships. She talked about Chamber programs and how they have helped new members since the expansion.

Collins also commented on what she described as, “The two events that were taken from the Chamber” by the City of Loveland: Christmas in Loveland and the annual Fourth of July Celebration. She said, speaking about their Firecracker Festival and why it was moved to Symmes Township, “Make no mistake, we were consulted by City Staff and Council to do so.” She said the event was moved to “appease” leadership at City Hall. She said the Chamber wants to reach out to the City and let them help with these two events that last year cost the taxpayers over $20,000 when the two events were organized by City Staff. She said if the City should decide to again to partner with local businesses, the events would cost taxpayers nothing or a minimal amount.

She asked Council to vote during the meeting to return both events to the Chamber. “We hope you will put your City and the businesses first.”

Councilwoman Kathy Bailey made a motion to return the events to the Chamber. She said there is no question the City lost money on the events and, “We’ve got someone willing to run them – that’s run them well.”

In making a case for the City retaining the events, Councilwoman Pam Gross said that the Chamber’s vision for a community event is not “Our vision of a community event.” Gross continued by going over her interpretation of why the Chamber’s Fourth of July event was moved to Symmes Township’s Home of the Brave Park. She said that behind the City’s back, Collins contacted Symmes officials in March of 2016 because the Chamber wanted to have the Firecracker Festival in one of their parks. She turned to Bailey and said, “And, you can sit there and think, oh, whoopee-do – but, it’s a big deal. “The point is, they want to grow their event and I respect that, but, logistics here in Loveland and the infrastructure here in Loveland does not fit an event of 10,000 or more people.”

Gross said, speaking about Christmas in Loveland, “No one can steal events.”

Laughter of disbelief came from the audience with someone saying, “Yes you did.”

Gross responded to the audience by saying, “Excuse me. You cannot steal something that does not belong to you, OK? The events belonged to the community. These were community events. Cities all across the United States put on events and they put on these events because it fits what they think the community wants and needs.” Gross said she does not support Bailey’s motion.

Councilman Steve Zamagias said he didn’t think Council should vote on issues that the Chamber and City staff should work out.

BACKGROUND: “On the sly” – How City Hall pirated Christmas in Loveland

Loveland chiropractor Douglas Portmann, DC at Wards Corner Chiropractic & Sports Rehab is one of the best chiropractors in the Loveland area.