EDITOR’S NOTE:
Andy Bateman is a candidate for Loveland City Council and provided this Candidate Statement to Loveland Magazine.

Loveland Magazine invites all candidates for public office in the 45140 zip code or within the Loveland City School District boundary to send a similar Candidate Statement for publication. Send to lovelandmagazine@cinci.rr.com

To Get Along We Have to Agree to Disagree with Civility 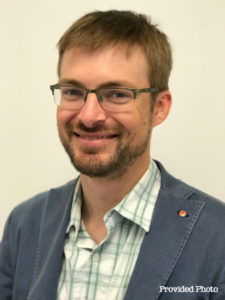 Recently I traveled to Italy for work and Iceland for vacation and while I was awestruck many times experiencing some of the most beautiful places in the world, I was most struck by how good it felt to return home. Every day that I wake up as a resident of Loveland, it is impossible not to appreciate the charm and beauty of this Little Miami River community. The natural landscape and our ancestral residents have given us this gift. Loveland, like so many other communities in this country, owes its identity to geography and history. But its future is shaped by the community of residents, businesses and organizations that call it home.

I was able to attend a few of the more recent meetings of City Council. Each instance left me feeling frustrated with the lack of civility exhibited within our community. A recent article in the Cincinnati Enquirer asks the question, ​Is the national political climate affecting our local governments?​ Loveland is featured prominently in this story as a prime example of how disagreement has turned divisive. Too many times in recent memory these divisions have become dangerous. It’s toxic and I agree with those within our community ​who call for it to stop​.

Prior to the premature adjournment of council on July 27th, Mayor Mark Fitzgerald read from a prepared statement quoting such notable Americans as Abraham Lincoln and Martin Luther King. Noble ideals as they may be, a more modern and plain spoken quote from Rodney King leaps to my mind. “Can we all get along?” he asked twenty-five years ago. To that I say clearly, no we cannot.

We can’t get along because there are too many people in positions of power who are unwilling to get along, unwilling to work together to find compromise. And there are too many people unwilling to get involved, perfectly willing to let others do their thinking for them. Today it is remarkably easy to get trapped in an echo-chamber of self-validation. It is comfortable to surround oneself with people who agree with you and who belittle and denigrate those who do not. But this path of least resistance actually creates extreme resistance to progress and growth and does nothing for our community. We need to engage each other in challenging this divergent separation of beliefs and opinions into opposing camps and instead see things in more nuanced shades of gray.

Despite the political climate which reverberates the loudest within the safe spaces of social media, I have faith that most people are willing to compromise and find common ground. To strive for a middle way is to strive for the community at large rather than its disparate factions. For two years our community’s achievements have been overshadowed by its behavior. For two years an active community has asked to be engaged in the process of local government. For two years I have sought active participation toward making our city a more positive place. I want to continue these efforts through direct involvement in the mechanisms of change. Therefore, I submit to the residents of Loveland my candidacy for Loveland City Council. At this moment our current council seems entrenched in their individual and divided positions, which is why this election cycle is so important. It allows for change at the behest of the people. I urge our community to inform themselves, choose to participate and speak truth to power as they elect their representatives to local office who will serve our community in a productive and constructive manner.

Andy Bateman​ is a graduate of Loveland High School and has lived in Loveland since 2007. Cited articles: 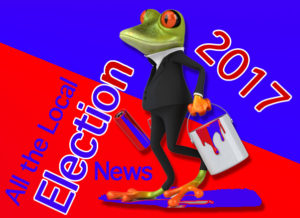 Candidates and Issues on the November 7, 2017 local ballot

Now Enrolling at All About Kids at Wards Corner today!