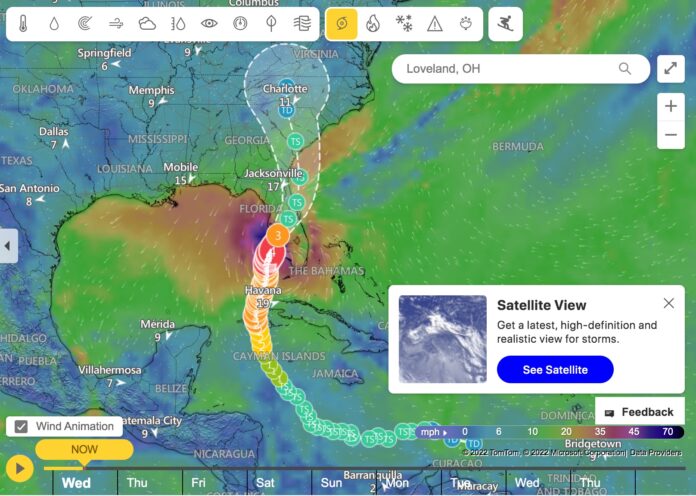 Latest Status from the Weather Channel

Some coastal gauges are now reporting water rises, the beginning of Ian’s storm surge, including in Naples, Florida, where over 4 feet of storm surge inundation has been measured, more than any other storm at that gauge location in at least 50 years.

Winds have recently gusted up to 62 mph in Ft. Myers and Naples. Gusts over 40 mph have been clocked on the Atlantic side in Melbourne, Florida. Street flooding was reported in Stuart, about 100 miles north of Miami.

Winds have gusted from 40 to 80 mph in Key West since Tuesday, where Ian also produced the third highest storm surge in over 100 years.

A​ tornado watch is in effect for central and southern Florida until 5 p.m. EDT.