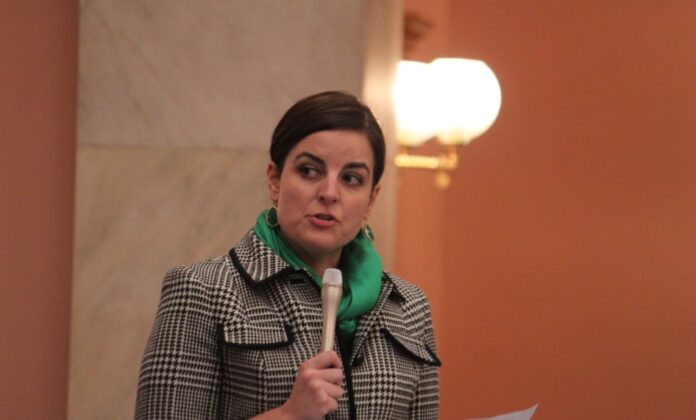 Thanks to a 2006 constitutional amendment, Ohio’s minimum wage will increase from $9.30 to $10.10 next January. Two Democratic state lawmakers want to make sure all of the state’s minimum wage workers get that raise.

Under current state law, employers can pay people with disabilities less than the state’s minimum wage. When lawmakers approved the changes in 2000, their stated intent was to open more doors to employment. But Reps. Brigid Kelly, D-Cincinnati, and Dontavius Jarrells, D-Columbus, argue the two tier system harms rather than helps.

Kelly explained they came across the provisions in a previous general assembly while working on a broader minimum wage increase. She said many lawmakers are surprised when they find out the practice exists.

But Ohio’s legislative language actually mirrors federal law. Under section 14(c) of the Fair Labor Standards Act, employers can apply for certificates to pay people with disabilities less than minimum wage. According to data from the Department of Labor, 44 Ohio companies have pending applications, 12 had certificates expire earlier this year, and another six hold active certificates.

Ohio’s Department of Commerce requires employers apply for a license as well but doesn’t post data about license holders on its website.

To the extent that it can, the Biden administration is attempting to move away from the policy. In an executive order, President Joe Biden required federal contractors offer the same $15/hour minimum wage to all workers regardless of disability status.

To Kelly, eliminating the dual standard is a no-brainer.

“If you have someone who does have a disability but is perfectly capable of performing a job, then they should be paid for it,” she said. “For me that that is a nonstarter. I mean, businesses make reasonable accommodations for folks on a regular basis. And that doesn’t involve changing their pay scale, or paying them less than the minimum wage.”

Kelly and Jarrells have picked up more than ten co-sponsors, but none of those are Republicans. Kelly expressed optimism that colleagues on both sides of the aisle will see it as a commonsense update. Still, she acknowledged it will likely take more than one general assembly for it to gain passage.

Nick Evans has spent the past seven years reporting for NPR member stations in Florida and Ohio. He got his start in Tallahassee, covering issues like redistricting, same sex marriage and medical marijuana. Since arriving in Columbus in 2018, he has covered everything from city council to football. His work on Ohio politics and local policing have been featured numerous times on NPR.
MORE FROM AUTHOR